On the 17th of September, 2021 Former Ambassador of the United States to Armenia John M. Ordway visited ICARE Foundation with our other partners from the US Embassy and USAID-Armenia, where they were warmly greeted by Director Arthur Grigoryan and the big family of ICARE and EVN Wine Academy. Mr. John M. Ordway worked in Armenia from 2001-2004. During these times, ICARE’s flagship, the Agribusiness Teaching Center, was making its very first steps in the Agribusiness development sector in Armenia as a unique educational and research institution.

Dr. Vardan Urutyan, the rector of the Armenian National Agrarian University as an ICARE’s one of the most strategic partners, was also accompanying the guests.
Dr. Arthur Grigoryan presented the activities and ongoing projects carried out by the ICARE Foundation and he also mentioned the long-lasting partnership between ICARE and USAID-Mission.
Many students and graduates of the ICARE educational programs were present during the visit and Arthur Grigoryan introduced the current programs and development projects, which are successfully implemented by the dedicated team at the institution.
Mr. Arthur Grigoryan mentioned the latest achievements of the EVN Wine Academy, talked about the graduates’ and students’ success stories, who have already managed to launch their production becoming well-established agripreneurships.

Gohar Gharibyan, a student at EVN Wine Academy, has already started her own business in winemaking and she has reached 1000 bottles with the brand of “Wine Gogh’’ wine. Samvel Machanyan, a graduate of EVN Wine Academy, also has established his own winemaking company. “The success of my business is that I always add a little bit craziness in our wine bottles’’, Samvel adds and they both admitted how important role the EVN Wine Academy has played in their lives to be successful winemakers in Armenia. Ruzanna Kartashian, a graduate of Agribusiness Teaching Center, also presented her brand of the “Darman Tea” and talked about the long path she has gone through. Ruzanna emphasized the role of the network ICARE provides to its students and how important it is in the current business environment.

Mr. John M. Ordway was highly impressed by the fact that Armenia, uses the latest technologies and approaches in the field of agriculture, and thanks to the great efforts of the ICARE Foundation and its partners, Armenia tends to achieve great success in this field. 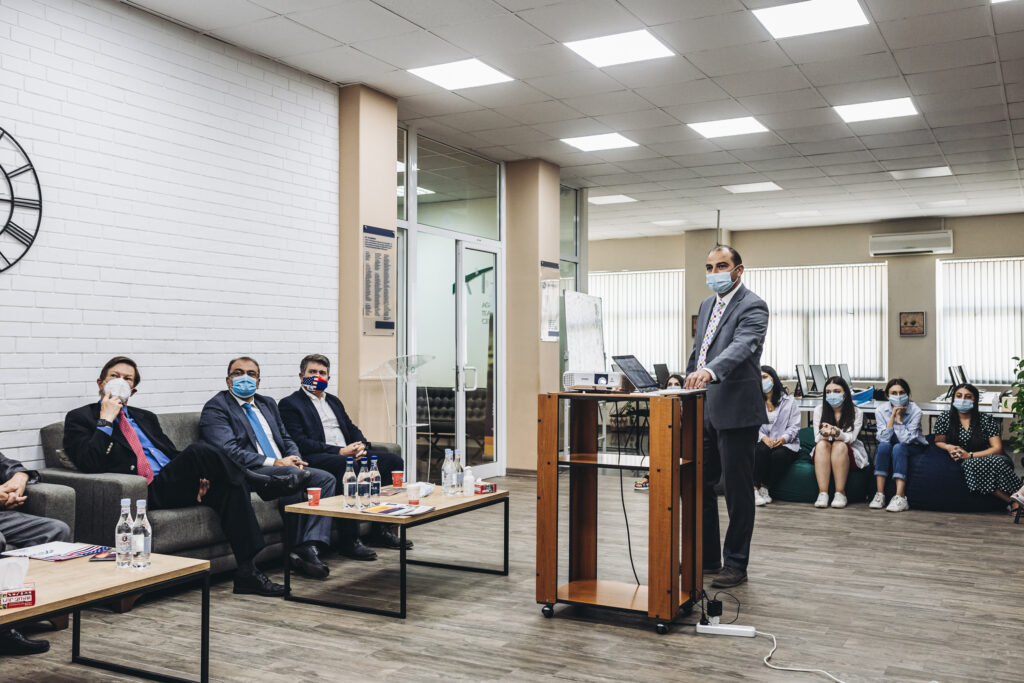