The visit of U.S. Ambassador to Armenia Lynne M. Tracy to ICARE

On December 3, 2019, U.S. Ambassador to Armenia Lynne M. Tracy with the representatives of the U.S. Agency for International Development in Armenia visited ICARE.

Ambassador Lynne M. Tracy was impressed by the first visit when she was introduced to the structure of this institution, educational system and success story as a research center as well.

The visit coincided with the opening ceremony of the vertical farm, which has been engineered and constructed by one of our students along with the great support of his peers and ICARE itself.

This is evidence of the efficient and practical knowledge that we provide to our students. According to Ms. Lynne Tracy vertical farming is an important initiative for Armenian Agriculture. The next stop of the visit was the Agribusiness Teaching Center.

Mr. Arthur Grigoryan presented the success story of the center since its foundation up to these days. The role of ATC was emphasized in developing entrepreneurial skills among students and it was spoken about the existing brands in the Armenian market created by our alumni. They are consumed not only in Armenia but are exported with large quantities too. 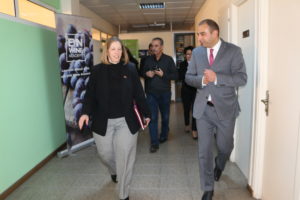 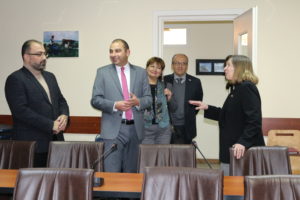 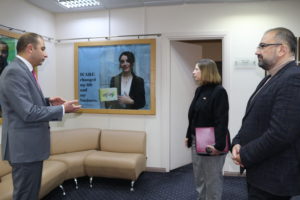 EVN Wine Academy was also eye-catching for Ms. Lynne M. Tracy with its “Enology and Wine Business” program. Ambassador mentioned winemaking as a vital and historic branch of Armenian Agriculture and added that education in this field is a strong component of good wines.

Mr. Arthur Grigoryan talked about the upcoming wines which are produced by students of EVN Wine Academy. Working in the industry gives a chance for students to apply their knowledge in the industry.

The last stop of ambassador was in the Dream Lab, where she got acquainted with the staff members of ICARE and current students: the latter talked about their experience and successes.

Mr. Grigoryan gave the EVN Wines to Ms. Lynne M. Tracy as a gift at the end of the warm welcome. 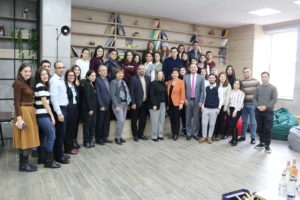 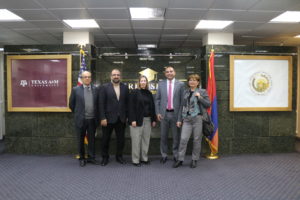