On the 14th of September, 2021 ICARE Foundation hosted the stakeholder committee meeting of the FRUITENIA Project, which is funded by the Austrian Development Cooperation.
The major objective of the event was to introduce the latest developments of the project to the experts and stakeholders from the Armenian National Agrarian University (ANAU). One of the deliverables of the FRUITENIA project is to modernize the agronomy curricula, through introducing new courses and modernizing the contents of the existing ones at ANAU to include concepts of environmentally friendly, sustainable, and climate-smart modern fruit production approaches.
The coordinator of the educational component Susanna Mezhlumyan talked about the latest reforms. “Since the launch of the project, many changes have already been made in the agronomy curriculum and a few new subjects have been added to the program”. 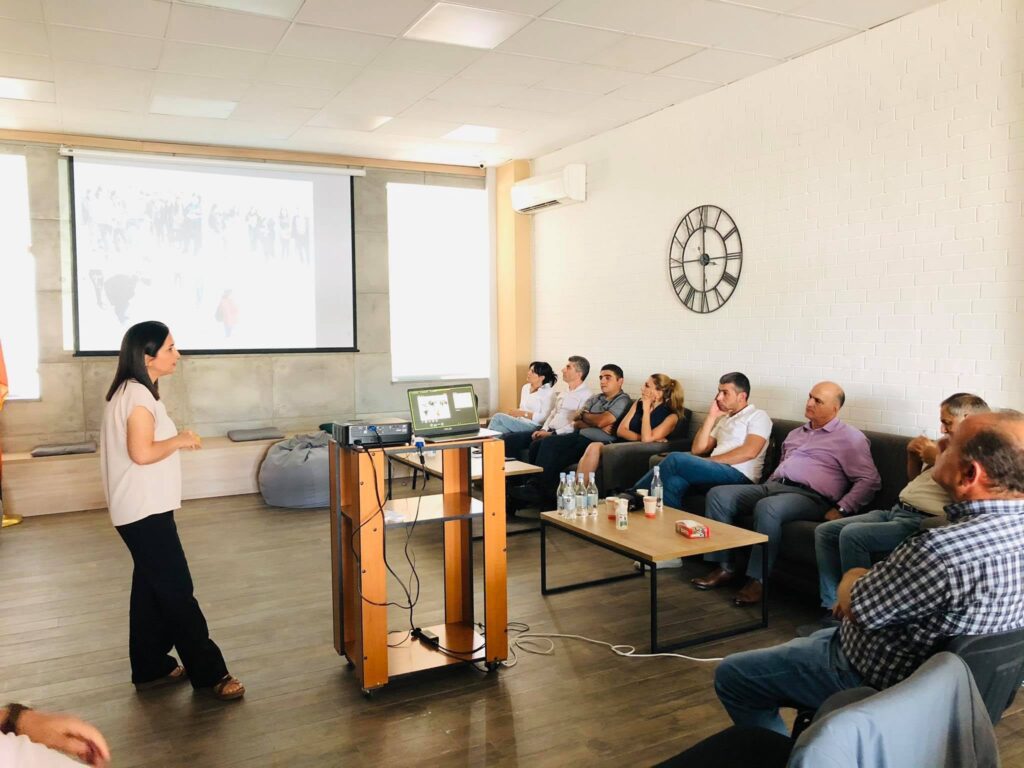 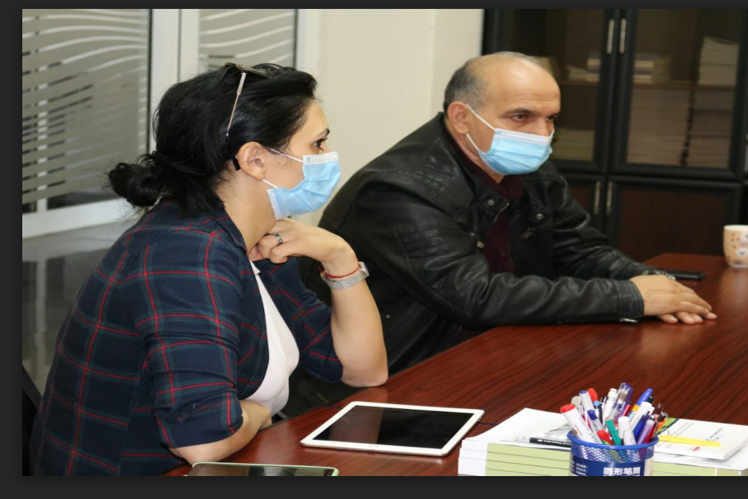 Within the educational component of the FRUTENIA project the following subjects are being developed/modernized for ANAU related to agronomy, selection, genetics:

She also mentioned that subjects to be modernized are:

Subjects are developed in collaboration with local and international experts. The employers of this field are involved in the content review of the subjects in order to improve the further opportunities for the connection between the higher educational institutions and the labor market. It is expected to submit the entire package of the subject to ANAU in November 2021.

Besides the educational component, many activities in the agri-technological are completed.  The agricultural machinery was handed over to ANAU with the right of gratuitous use.  The equipment will be used for the needs of the “Voskehat” experimental center.
“One of the biggest achievements within the scope of the FRUITENIA project is the established demonstrative intensive orchard.  We faced many challenges, but the diligent work and commitment of the team helped us overcome those and move forward”, noted Sargis Mkrtchyan, the coordinator of the agritechnological component.  There are 12 Peach, 10 Plum, 15 Cherry, and 2 Apricot varieties.  The certified seedlings were imported from Italy. 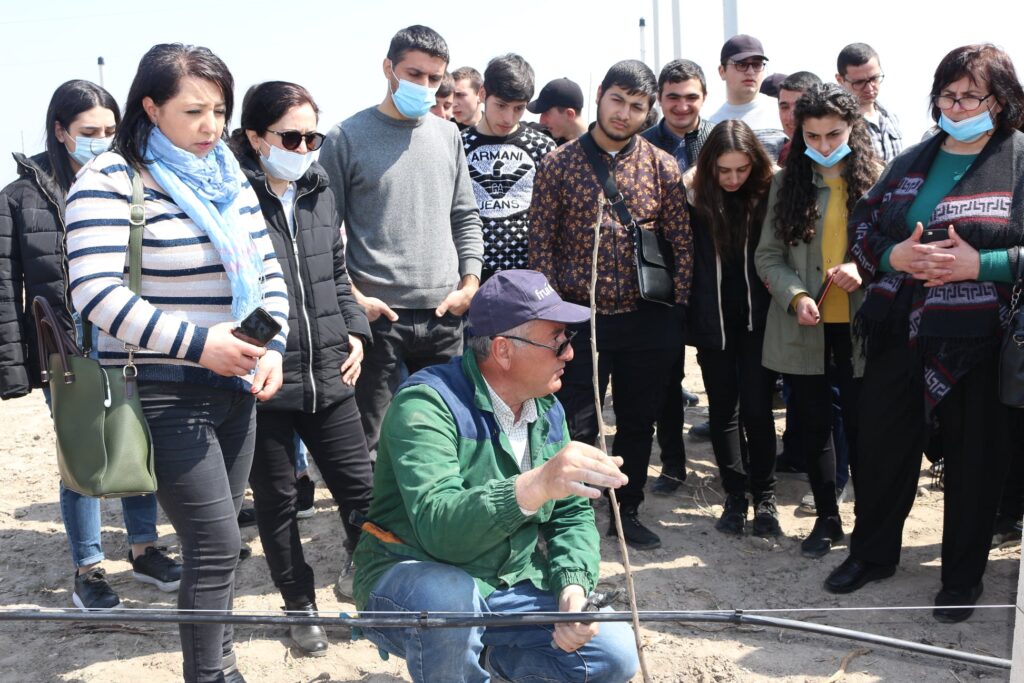 Notably, the orchard is equipped with a drip irrigation system and an anti-hail network.
Sargis Mkrtchyan surfed over the website aygi.am, showed the functionality of the webpage and presented the ways on how information can be accessed on aygi.am. Arthur Grigoryan, the project manager of FRUTENIA highlighted the fact that the project emphasizes the gender balance in agriculture. As a result, a short film has been produced about female agripreneurs, who are inspiring and can be role models for the audience.

In addition, youth participation is also one of the major pillars of the FRUITENIA project. It was mentioned that since the beginning of the year, more than 250 schoolchildren have visited ICARE Foundation and the intensive orchard in Voskehat. Also, informative posters are distributed among the schools and TVETs to increase awareness and interest in Agriculture among the schoolchildren.

At the end of the meeting, the possible collaboration and future plans of the projects were presented to the stakeholders.