It is already a few months, that ICARE is conducting a research study within the scope of the ”Armenian Economic Growth” consulting program implemented by the International Finance Corporation, a member of the World Bank Group.
The three-year (2019-2021) program is implemented by closely collaborating with the UK “Good Management Fund”. The Project aims to improve the RA’s ability to attract export-oriented foreign direct investment (FDI) in high value-added segments and promote exports of specific agricultural products.

Within the scope of the project, ICARE conducted a comprehensive and in-depth survey and market analysis of Middle Eastern markets for horticultural products, including greenhouse products, flowers, berries, dried and frozen fruits, other. The study aimed at exploring the existing trade patterns, studying relevant trade data and import statistics, and eventually provided recommendations based on the results achieved. Particularly, the ICARE Research team identified the specific markets, which should be targeted, and proposed a relevant marketing strategy, define the geographic priorities, investigated the possible import restrictions.
In addition, the team made recommendations on how to position the products in a particular country, studied the competition, and appropriate distribution channels. 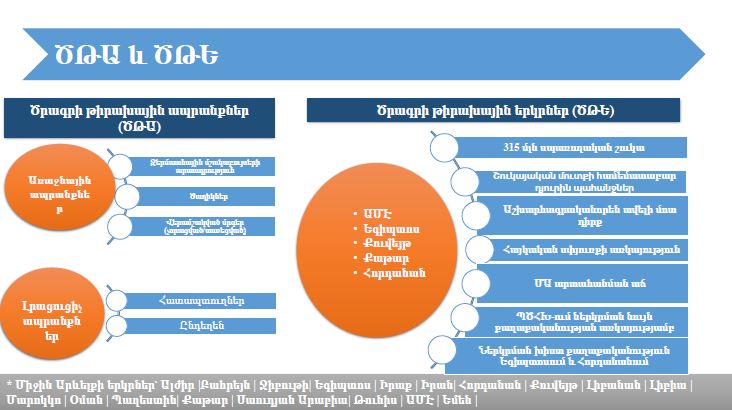 During this time ICARE conducted interviews with potential importers to discuss the market segmentation and successful marketing plan for Armenian products.
On June 5, the ICARE Research team presented the primary research outcomes to its main stakeholders through the ZOOM Platform. Particularly, the research team presented the main products and the secondary products identified for the export, additionally, the main Middle East countries were emphasized as a destination for the products.
The stakeholders were introduced to the main market structure of the project targeted countries, the main players, market segmentation in identified countries separately. The meeting was saturated with questions and answers, and the stakeholders contributed to the meeting with their valuable feedback and comments. Due to the valuable comments received by the stakeholders, the final research report called “The Middle East as an Alternative Market for the Republic of Armenia” will be finalized, which will be shared among stakeholders. 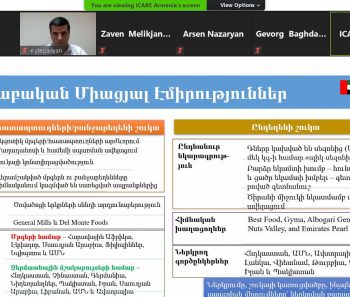 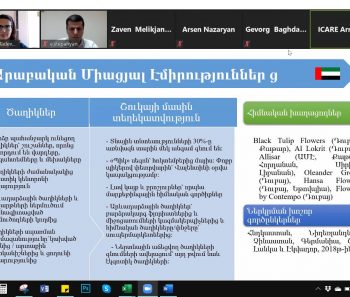 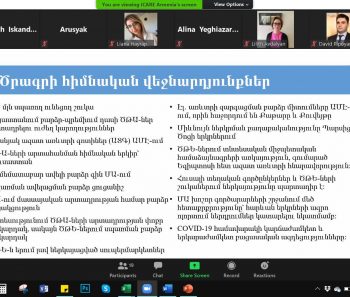