The Kick-off Workshop of the GrassAM project

On the 10th of February 2021 the kick-off workshop of the “Mapping of extent, condition and biomass of pastures and hay meadows in Armenia” project took place. The project is financed by GIZ and implemented by ICARE within the scope of the “Management of natural resources and safeguarding of ecosystem services for sustainable rural development in the South Caucasus (ECOserve)” Programme implemented by the Deutsche Gesellschaft für Internationale Zusammenarbeit (GIZ). 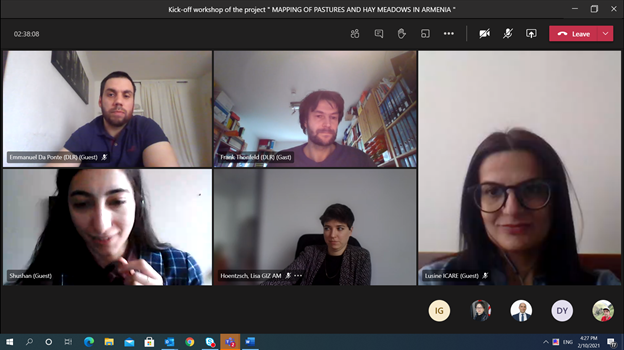 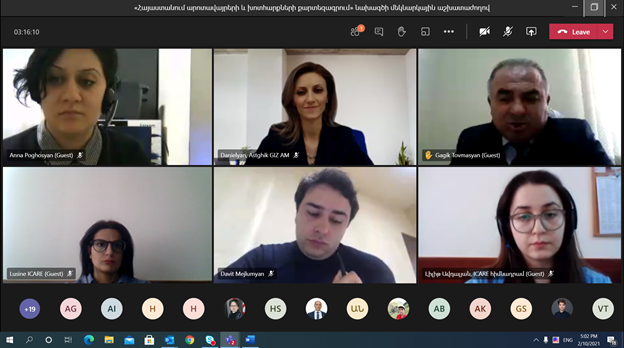 The project is being implemented in partnership with the German Aerospace Center (DLR) and is in close collaboration with the Ministry of Economy of the Republic of Armenia. During the workshop, ICARE Research Director Lusine Tadevosyan presented the scope of the project and the expected results. She highlighted the role of the project for the development of Agriculture in Armenia and the positive impact, which will be achieved from the perspective of natural resources protection.  Furtherly, the project chief expert Gagik Tovmasyan presented grassland assessment methodology, field trips and results achieved so far. Through the implementation of the “Mapping of extent, condition and biomass of pastures and hay meadows in Armenia” project, ICARE aims to contribute to a data-driven integrated pasture management system in Armenia. 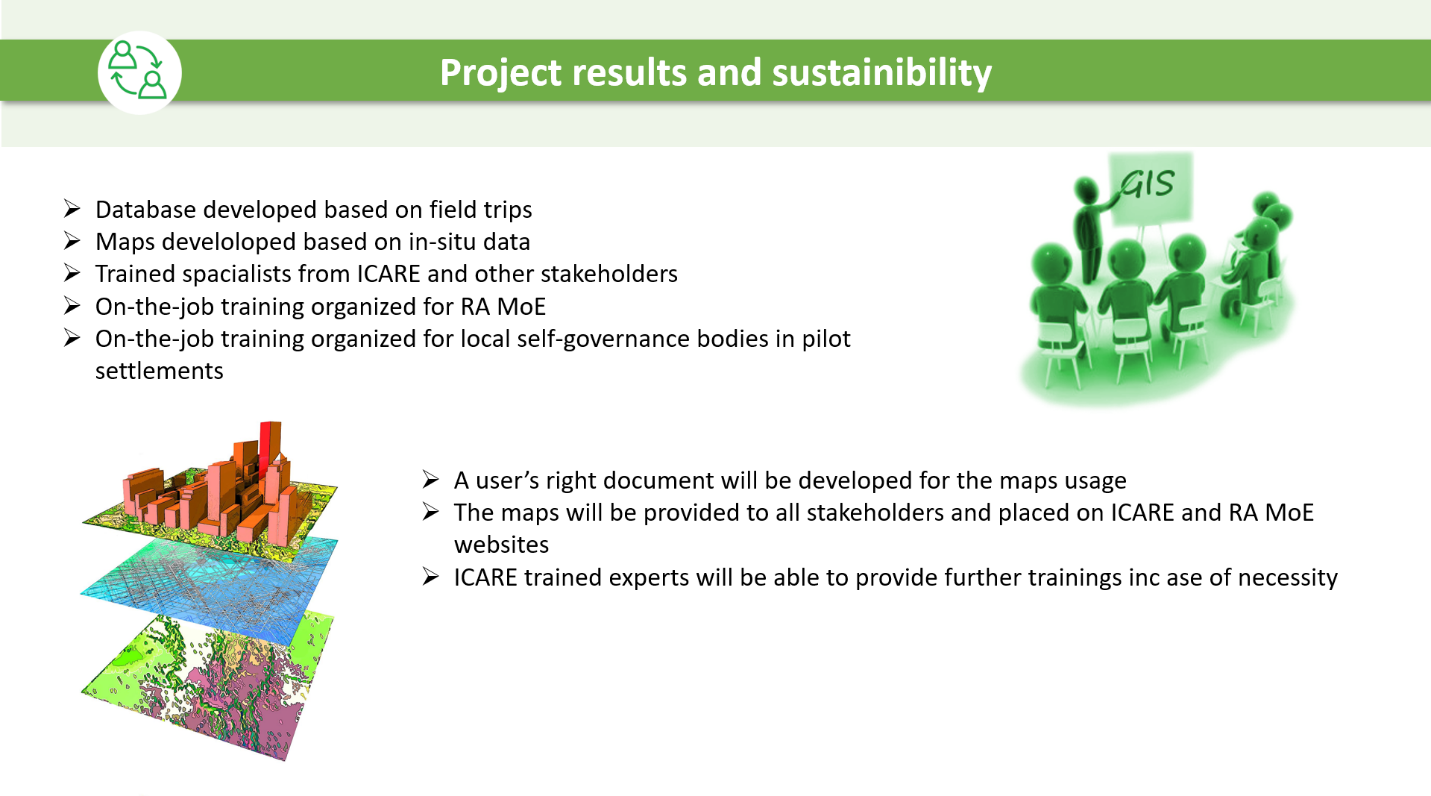 Within the framework of the project, from May to September, ICARE expert groups, using a pre-developed methodology, conducted field visits to special sampling units, as a result of which a database was created and handed over to the experts of the German Aerospace Center for further development of maps. 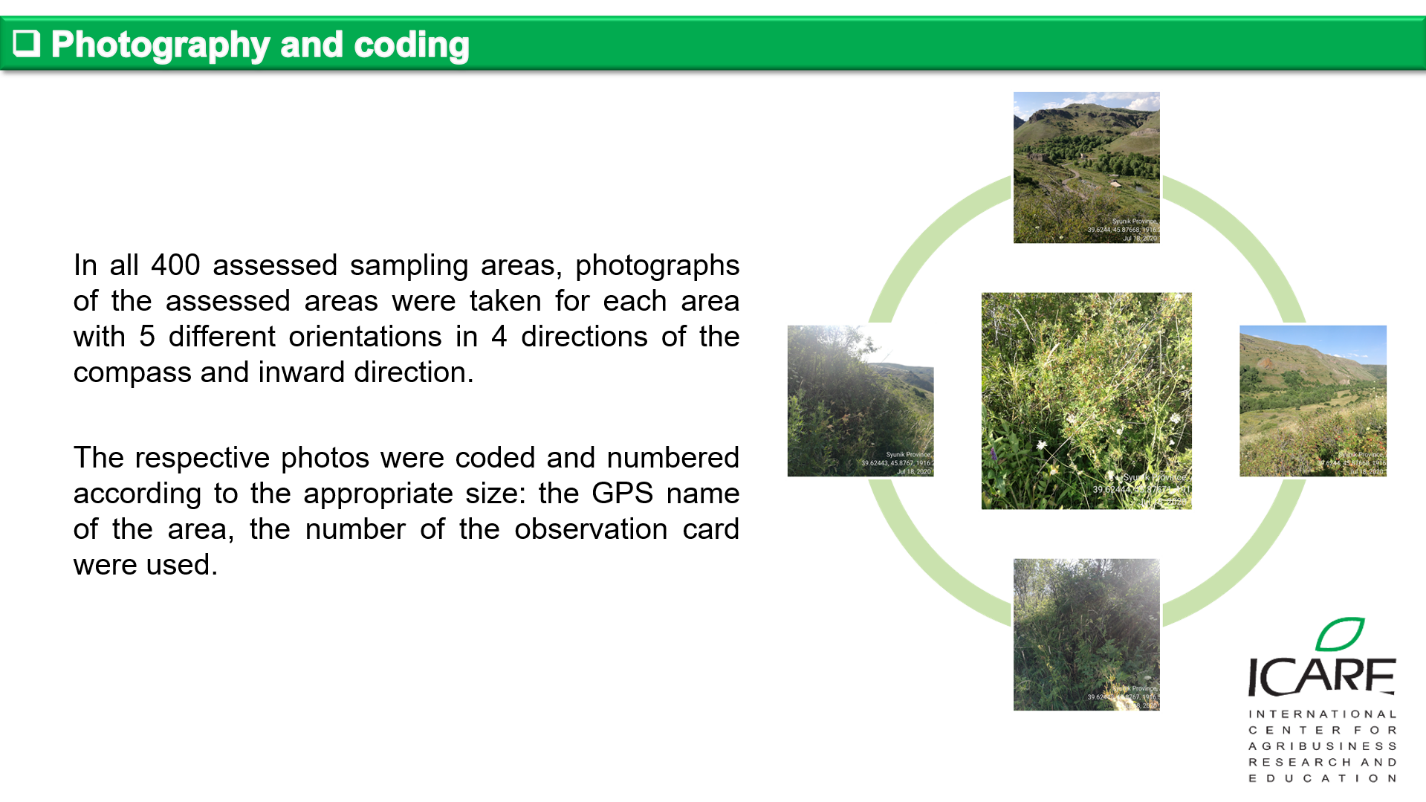 Within the framework of the project, the German Aerospace Center will conduct professional training for ICARE experts and for other field stakeholders in Armenia. Next, ICARE experts will provide on-the-job training to respective representatives of the MoE and pilot settlements of ECOserve program in using the maps developed by the German Aerospace Center.