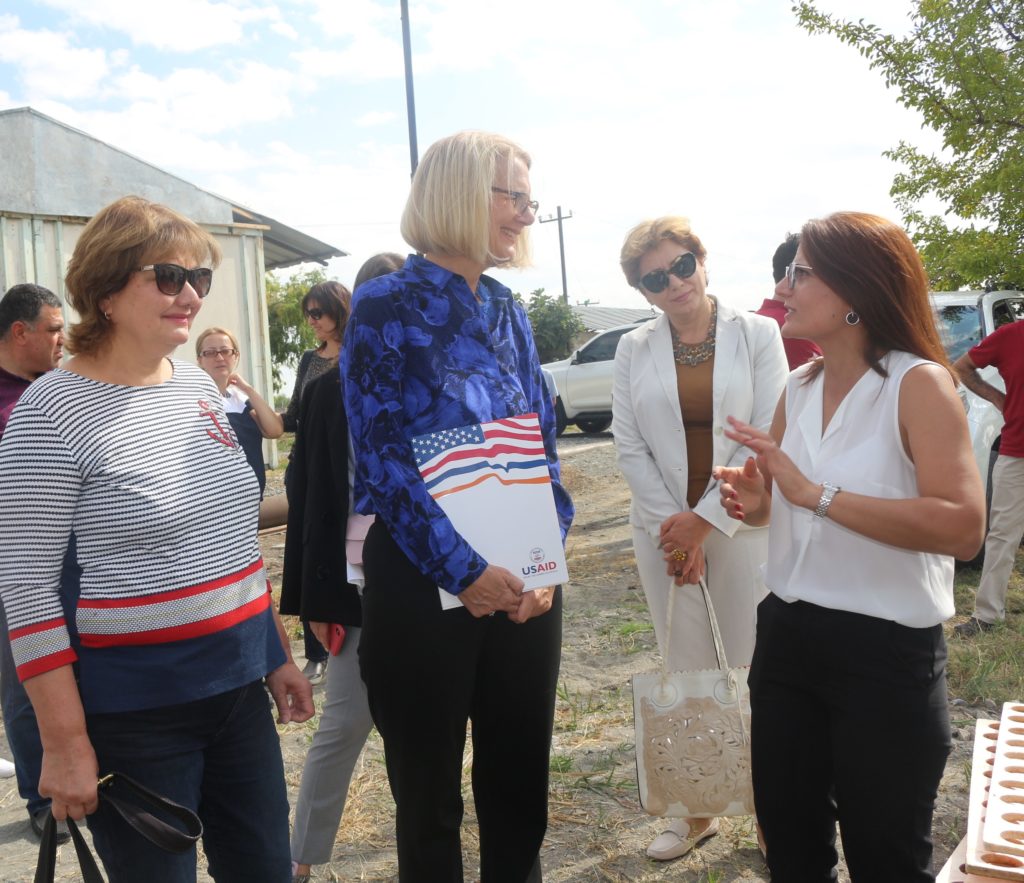 Given its high quality, the artesian groundwater is the main source of water supply for fisheries in Ararat Valley, Armenia. Inefficient water use, typical for low-intensity aquaculture systems in Ararat Valley, has become a key environmental issue, impacting the long-term sustainability of groundwater resources along with the viability of other water use sectors in the region.

The SFEWRA project addressed the issues of depleted groundwater resources in the Ararat valley by the development of water-efficient fish production systems for 15 targeted small and medium-scale fisheries operating in the Valley. The RAS (Recirculating Aquaculture System) and aquaponics model development activities in the scope of the SFEWRA project were solely focused on the provision of business plans to fish farmers but did not involve any investments for implementation of the designed model. While the business plans suggested by the SFEWRA team could serve as a solid ground for sustainable technology application, the preliminary research by ICARE’s research team revealed that the lack of investments is the main obstacle for fish farmers to install intensive water use models in small scale fisheries. Moreover, the lack of know-how and environmental engineering literacy in the farmer community might further jeopardize the long-term success of the business models developed by the SFEWRA team. 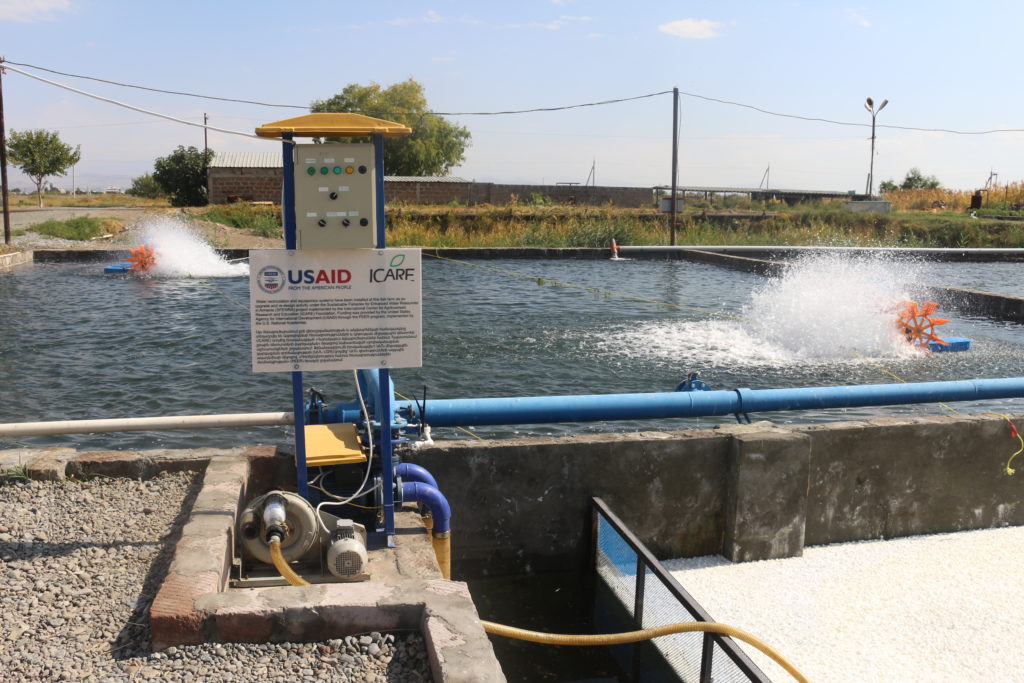 In 2017 ICARE signed an agreement to implement the “Technology Acceleration for the SFEWRA” Project, which was a logical continuation of the SFEWRA project aimed at the introduction of RAS configurations to the one of the project’s beneficiary farm operating in Ararat Valley. In the scope of the project, the current system was upgraded into Recirculated Aquaculture System for farm intensification and water-efficient usage. In addition, the Aquaponics system was installed, which will ensure the additional revenue for the farmer. The newly built system is based on an existing complex raceway configuration, where, after the installment of a Danish model trout farm, a semi-closed RAS for a part of the current system-intensive fish production with approximately 10tons of rainbow trout per year is expected.

On 7th of October, 2019 an opening event was organized to introduce the operation of the new semi-closed Recirculation Aquaculture System (RAS) in Guy village which was implemented by the International Center for Agribusiness Research and Education (ICARE) in cooperation with the USAID and National Academies of Sciences, Engineering and Medicine in the framework of the “Technology Acceleration for the “Sustainable Fisheries for Enhanced Water Resources in Armenia (SFEWRA)” Project. The demonstration facility will ensure the operation of economically viable and environmentally friendly semi-closed RAS facility operations. The upgrade will result in significant water savings and will serve as a demonstration facility to demonstrate the feasibility of RAS facilities for efficient fish farming. It will also disseminate the experience in building and operating RAS facilities to the Armenian fish farmer community. 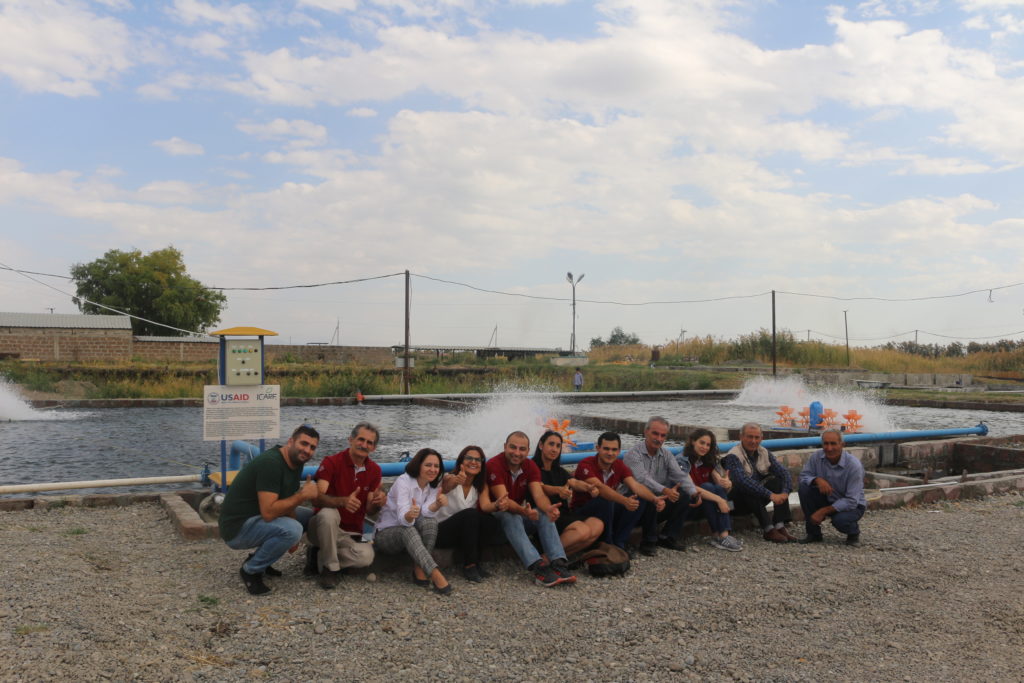 The current groundwater usage in the upgraded part of the fish farm is 10 l/sAs a result of water re-circulation, 20 l/s re-circled water is added into the water flow in the newly constructed basin, resulting in 30 l/s water flow in the system, with 5 l/s flowing into aquaponics and the residual 5 l/s to the secondary fish ponds. In fact, the water is used 4 times in the upgraded system.

The SFEWRA team’s experience indicates that the installation of RAS in small-scale rainbow trout farms in Armenia is financially feasible. It is remarkable, however, that the system is very sensitive to changes in price, production volume, and variable costs, mainly feeding cost. The SFEWRA project aims at demonstrating increased environmental, social and economic sustainability of groundwater-based fish farms in Armenia through the introduction of an intensive aquaculture system, simultaneously incorporating water recirculation and reuse methods. Implementation of more intensive low-cost RAS and semi-RAS configurations for trout farming have the potential to result in significant improvements of groundwater footprints and water resource efficiencies in Ararat Valley. 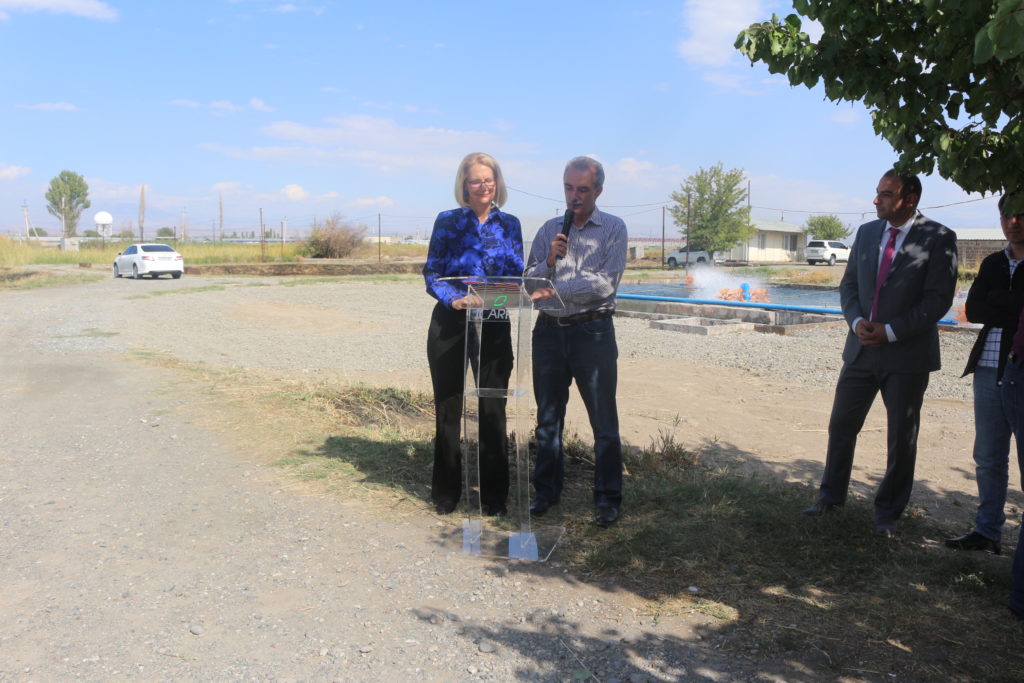 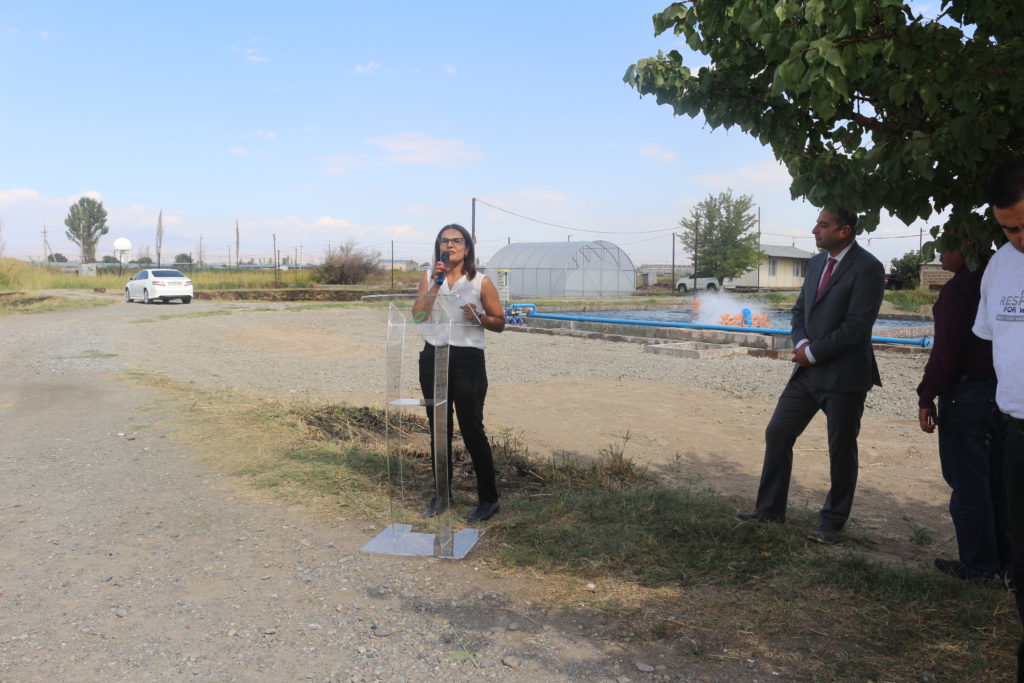